Welcome to the second post regarding the upcoming Shadow Era expansion!

You can also go back and read the first post in our expansion spoiler series. 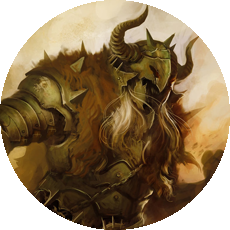 Today, I'd like to talk about what the expansion will be like, from a thematical perspective. We spent a lot of time reviewing the core set and documenting various needs. We looked at games played, win/loss statistics, we listened to players on the forums, and we asked the first Players' Focus Group (PFG) to give us their opinions. Within the Design Team (DT), we also had various debates regarding our own thoughts, as well as the analysis of the data collected.

All of this together painted a nice picture of documented needs that we wanted to address in the 150 cards. Some of these needs were specific to a certain hero, and others were more general to the set as whole.

Future posts in this series will dig into the specific classes with the expansion, but for today I will be focusing on the big picture instead.

The expansion will contain 150 cards, broken down as follows: 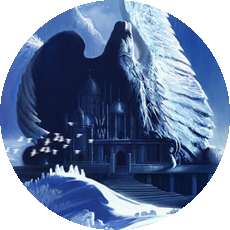 Every single class is getting at least 2 allies added to their class-specific card pool, often more. This means that the total number of allies in the set will be around 50.

Our goal is for the expansion to be balanced well enough that no one will be fully able to predict what deck or hero is the "best" - far far into the future. "A good game builds its own legs".

Given that the expansion's impact on the game is currently undetermined, because we are still play-testing our cards, it is hard for anyone to really say exactly what will be "king" in the future. What I can tell you though, are the goals we aimed for with the expansion, in broad strokes. We have faith that the hard work of the Players' Focus Group and the Design Team, in these coming weeks, can help to ensure that some, if not all, of the below goals will be achieved.

Quality is of the utmost importance. We are working to deliver cards that will multiply the depth of the game into uncharted territory. We're hoping, after the release of the expansion, that we won't know for months which deck-type or hero is really at the top!

Part of this process has been defining and refining the "Style of Play" (SoP) for each hero, class and faction, in terms of its distinguishing gameplay features (i.e. strengths, weakness, main strategies and abilities). We will be posting to our blog in the coming weeks a review of each faction and class in turn. The new cards we are adding to the set will all be working in harmony with the core set to bring out the distinct personalities of each individual class and hero.

Each hero was carefully analysed to see if they had certain gaps in their card pools. We've taken a careful look at things like card draw, and worked to add new draw engines to some heroes in areas that they need, in a manner that suits best how they play.

Heroes that are currently too similar to each other will be getting cards that help to foster a greater variation in play style than we currently see today.

We looked at what archetypes are currently viable, and have attempted to add at least 1, if not 2, new deck archetypes for each hero. We also are making an effort to restore the viability of certain deck-types, like the all popular Rush, Burn, Mill, Solo-Hero, and a couple of other (new) "mystery" TBD archetypes. (You can learn more about deck archetypes in this mini-article from Soothslyr, DT member and leader of the PFG.)

Hero-attachments are a principle way to bring out a hero's innate character. Classes that did not get any hero-attachment cards in the core set are getting at least 1 such card in the expansion. (This indirect boost to Jericho Spellbane is one of the reasons why his ability had to be tempered during the balancing of Call of the Crystals, since we knew he would gain the potential to become the bane of any hero in the future.)

Broadly, we have also been focusing on cards that help players regain control or reverse the initiative in the late game. The addition of reversal cards should help to further minimize any current advantages that a player may currently get from going first or second. We're aiming to keep the game exciting to the very last turn.

Quite a number of allies will be added that have a better ability to stay on the board until your next turn (such as higher life at the expense of a lower base attack), or to have an effect that helps reverse the initiative when played.

A good number of allies/abilities in this set will offer immunity or an ability to counter a specific sort of effect/scenario/mechanic/play; this will make it a lot harder for players to assume that their strategies will always work. This should provide yet more depth to the meta, and fewer auto-pilot situations. 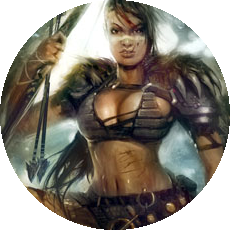 More tech counters will increase the level of strategy, as well as to force players to think harder about what kinds of cards they want to use. Our goal is that the cards your pick and play will have yet an even greater impact on your success.

Balance-wise, we're working to help the heroes who are winning fewer games right now, to get some stronger cards in areas they need, to move them up a step or two. Heroes that are already doing well will get some exciting new cards too, to help open up a wider diversity of play, tech-counters and alternative archetypes.

Finally, it is worth noting that, as a side objective, the set also adds a number of ally-attachments to the game. Currently, allies do not tend to survive very long; once the expansion hits, whilst ally counters will still be an essential part of your success, no longer will every ally you put down be immediately counterable by your opponent. A certain minimum number of ally-attachments were required to achieve a variety of inter-related goals. This will help heroes like Elementalis, who specializes in investing in friendly allies, and further help Jericho, who specializes in curing and controlling what attachments and effects are present on the board.

Ally-attachments, and cards that help attachments to last longer, become cheaper or increase their gameplay value, will open new avenues of play and creative deck building, and provide a solid foundation for future expansions/sets to develop upon.

I hope you enjoyed learning more about what to expect in this first expansion!

I'll be back again next time to talk more about the Shadow-Human factions as a whole, what makes them "tick" and sets them apart from each other, and how we might be seeing some of those differences showing up in the expansion.