Welcome back to the 3rd installment of our spoiler series for the first expansion. Last time we spoke about the expansion set as a whole, and went into some of the themes and goals of the set. Today, we will go deeper into the Shadow and Human factions and talk a bit more about what sets them apart, and what sorts of new cards we might see that help to distinguish them from each other. 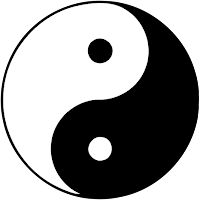 Shadow Era currently has only two factions. These two factions sit opposed to each other and have a natural differentiation from each other. Like yin and yang, night and day, the factions of Shadow Era are practically polar opposites.

The Human faction survives because of its interdependence; its numbers provide superiority. While not as strong as the shadow, they are more resilient, harder to morally break in a battle, and more dynamically creative.

The Shadow faction exemplifies the power of the individual, it's a much more direct form of aggression, and while they do not have the same resilience and staying power as the Humans, they hit that much harder.

We see the community strength of the Humans in Call of the Crystals, with allies like Jasmine, Aldon, Birgitte and Puwen. These low-cost allies provide a cohesive support system. The Shadow faction, in contrast, can potentially forgo early board control and leverage their stronger brute-force allies like Plasma Behemoth, Brutal Minotaur, Shadow Knight and Molten Destroyer.

The Humans make up for their lack of power with pizzaazz. For example, they have abilities that subdue their opponents (Raven, Marshland Sentinel) and others that provide utilitarian functions (e.g. Zoe Silversmith).


Looking at the factions more broadly, the Shadow-side is a lot less concerned with taking losses and more focused on destruction. A card like Shriek of Vengeance highlights this: you lose a resource to destroy an enemy card. This contrasts sharply with human cards like Shrine of Negatia, which bounces a card instead of destroying it. Cards like Retreat and Shrine of Negatia provide Humans with added flexibility that the Shadow faction generally lacks. There are games where it makes sense to Retreat your own card if it was crippled by an attachment; the Shadow faction, on the other hand, can kill it with Sacrificial Lamb to draw cards from it instead.

So whereas the Human faction supports others and the group, through heroic or selfless acts, Shadow allies (and heroes) tend to use each other in order to get ahead.


The relationship to shadow energy itself also differs sharply between the two factions. The Humans are mainly seen in Call of the Crystals as fighting off the darkness of the Shadow, as reflected by cards like Radiant Sunlight and Priest of the Light. Whereas the Shadow faction seeks to amplify it with cards like Shadow Font.

So what might the prophets say about the future of these two opposing forces? In the first expansion, we will see a continuation of the above themes, and a touch of evolution in both of them.

The Shadow forces are building and, as a result, their ability to win through sheer numbers is increasing. In contrast, the Human faction has stars that are rising, Legends being born. In the expansion, we will see more possibilities for Human decks to be able to focus on higher cost allies or to make important figures shine from their ranks. 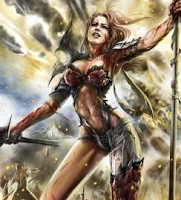 From the meek, the heroes shall rise, and from the strong, the horde shall follow... two different angles to produce two different landscapes. In practice, this will mean that it will be more feasible to build human decks that forgo low-cost allies and, for the Shadow faction, it will mean that they have more capabilities of focusing on low-cost ally decks. They will still retain their existing flavors from the current set, but they will gain access to a wider variety of play styles.

The new faction-restricted allies will range from low to high cost and fill holes in existing strategies, as well as open up many new avenues of play.

The Humans get some offensive high-cost allies and some useful utility allies in the lower / mid-cost range. Several of the new allies should make a good fight for a place in your decks. The Shadow will get a lot of aggressive allies that offer advantages in various situations as well as several new high-cost allies that will make your opponent tremble.

Both sides will get several allies that support distinct deck types and help to widen the variety of deck concepts available. Many allies have also been added to support particular heroes in areas that they needed assistance. 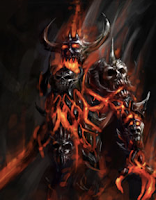 Each faction will get new solutions to deal with many different things, including things like: bypassing/stopping stealth, countering or supporting enemy and friendly attachments, countering being disabled/frozen.

In the Call of the Crystals, all the allies had attacks based on unarmed (claw icon) or armed combat (sword icon). In the expansion, we will start to see allies with other types of damage appearing. A few of the allies will get attack types like Ice, Fire and Electrical, which will provide better opportunities for synergy within a deck.

Finally, both sides will also be getting at least 1 ally-attachment that is certain to turn the tide of at least one of your upcoming battles...

When we next meet again, we will be looking deeper into one of the 7 classes in the game: Warriors!